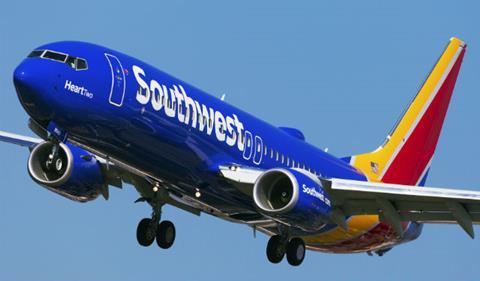 Southwest Airlines is one of the largest air carriers in the world, with an impressive domestic and international route network, and previously served JAN from 1997 until 2014. The Jackson community and Mississippi look forward to the return of its legendary great fares and customer service in 2021.

Schedules are now loaded and ready for sale today and will include routes to Atlanta (ATL), Houston-Hobby (HOU), and Baltimore-Washington (BWI), with connecting opportunities to many of the more than 100 U.S. destinations and 10 countries they serve. Promotional fares and frequencies will be as follows:

The number of seats, days of week, and markets for these fares are limited. Some flights will begin on June 7, 2021. See full fares, and specific terms and conditions below and at Southwest.com.

Southwest will utilize the 143-seat Boeing 737-700 aircraft to these three (3) destinations, which are the 5th, 6th, and 9th largest metropolitan areas, per the U.S. Census Bureau (2019). For the last several years, Atlanta (ATL), the South’s largest metro area, has been the #1 destination from JAN. Baltimore-Washington (BWI) serves our nation’s vast capital region and is a springboard to many mid-Atlantic, NE, and Midwest cities. Houston (HOU) is the largest city in Texas and serves as a gateway to Mexico, Central America, the Caribbean, and the west and southwest regions of the USA.

“This is great news for our travelers throughout the region who have been anxiously awaiting access to Southwest’s convenient flights and low fares,” said JMAA Board Chairman Robert E. Martin. “We appreciate the faith that Southwest has shown, helping to make Jackson an even stronger regional competitor, well-situated to attract more travelers locally and from many miles away.”

JMAA Chief Executive Officer Paul A. Brown stated “the JMAA is thrilled by these new routes and flights provided by Southwest. As U.S. travel continues to recover in 2021, we look forward to hosting more and more passengers at JAN, the only airport served by Southwest in our great state of Mississippi. Metro Jackson and our state capital region will be well-served by this great new service and attractive pricing.”