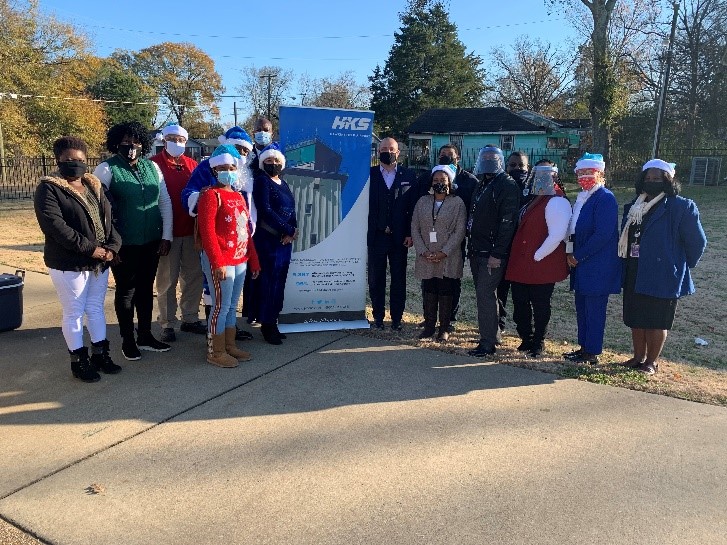 The first event, “Up on the Hilltop,” was held at Lincoln Gardens Apartments near Hawkins Field Airport (HKS), in partnership with Springboard to Opportunities, on Thursday, December 17. There, fifty-two (52) children gratefully accepted gifts from Santa Claus, played by JMAA Board of Commissioners Chairman, Robert E. Martin and Mrs. Claus, played by Mrs. Stephanie Martin.

“Giving with a cheerful heart is part of our dedication to serve our community,” stated Chairman Martin. “As leaders, we are responsible for guiding and exemplifying how businesses and communities can unite and support one another.”

On Friday, December 18, children from Willowood Development Center experienced the joy of the season during a “Jolly Time at JAN” as they too were showered with gifts from their list to Santa. Forty-five (45) smiling faces enjoyed receiving their gifts as much as they enjoyed meeting Santa Claus, played by CEO, Paul A. Brown and Mrs. Claus, played by Mrs. Jill Brown.

“This has been a difficult year for many, and I am elated that we have the opportunity to spread some holiday cheer,” stated Brown. “I am proud of the JMAA Community Outreach team and all they are doing to spread awareness of our airports and the importance of giving back.”

For the last seven (7) years, JMAA has remained committed to supporting communities and organizations each year during the holidays. Gifts to support this effort were donated by the JMAA staff, airport tenants, contractors, and other businesses in the community.