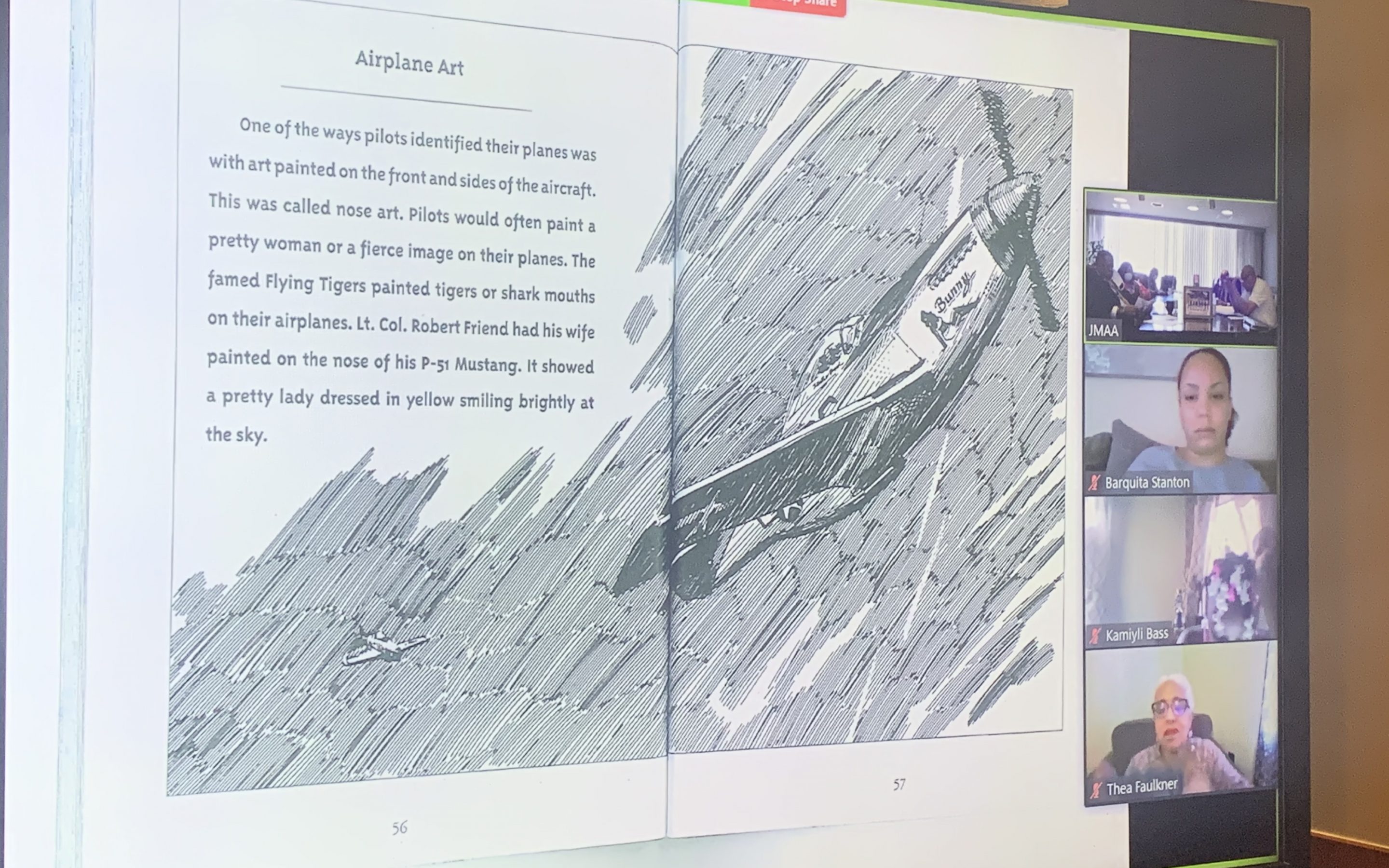 The Jackson Municipal Airport Authority (JMAA) in collaboration with Partners In Education virtually read, “Who Were the Tuskegee Airmen,” by Sherri L. Smith on Wednesday, March 3, 2021 to the Johnson Elementary third grade class in celebration of Read Across America.

“If it had not been for these guys, you probably would not have seen someone like me, because they were true trailblazers,” stated Chairman Robert Martin.

Commissioner Wright retired Lieutenant Colonel and Purple Heart recipient also shared a little history on the Tuskegee Airmen and how their contributions shaped his career. “They were some of the best fighters in the war,” stated Commissioner Wright. “If Chairman Martin and I can fly, you guys can too.”

“Their inspiring story has been heard all over the world,” stated CEO Paul Brown. “As an aviation professional, it’s an honor to share this special story with the youth at Johnson Elementary.”

Read Across America’s mission is to “create and celebrate a nation of diverse readers.” As a part of the Johnson Elementary principal’s Action Plan: Academic Improvement Support – Student Home Libraries and Book Buddies, JMAA delivered copies of the book to Johnson Elementary School for each student to take home and enjoy. This community outreach initiative supports the benefits of reading to enhance learning and introduces the world of aviation to community youth.