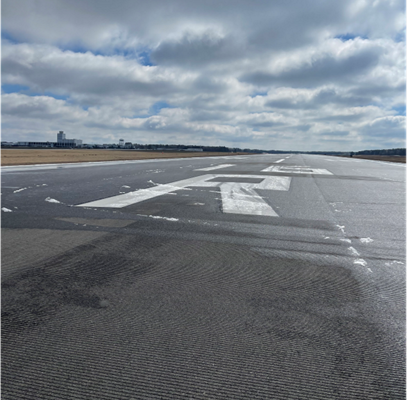 Early Friday afternoon, temperatures in the area began to rise steadily. The favorable weather conditions aided the Public Safety & Operations team as they began another round of deicing to the runways and taxiways. While JAN has safely reopened, temperatures are expected to dip below freezing again later tonight. JMAA Operations will be monitoring for any refreezing and will re-treat the runways and taxiways as needed.

At this time, conditions at Hawkins Field Airport (HKS) remain unfavorable and it will remain temporarily closed until at least midday, Saturday, February 20, 2021. JMAA’s focus continues to be the health and safety of all passengers, tenants, and airport employees.

At the beginning of the week-long severe winter weather, the JMAA Public Safety & Operations team proactively began deicing the runways and taxiways at both JAN and Hawkins Field Airport (HKS). When conditions were deemed too severe and remained near or below freezing, JMAA temporarily closed the airports to ensure the safety of all passengers and airport employees.

More details will be released when available. For flight inquiries, passengers are encouraged to contact their individual airline.