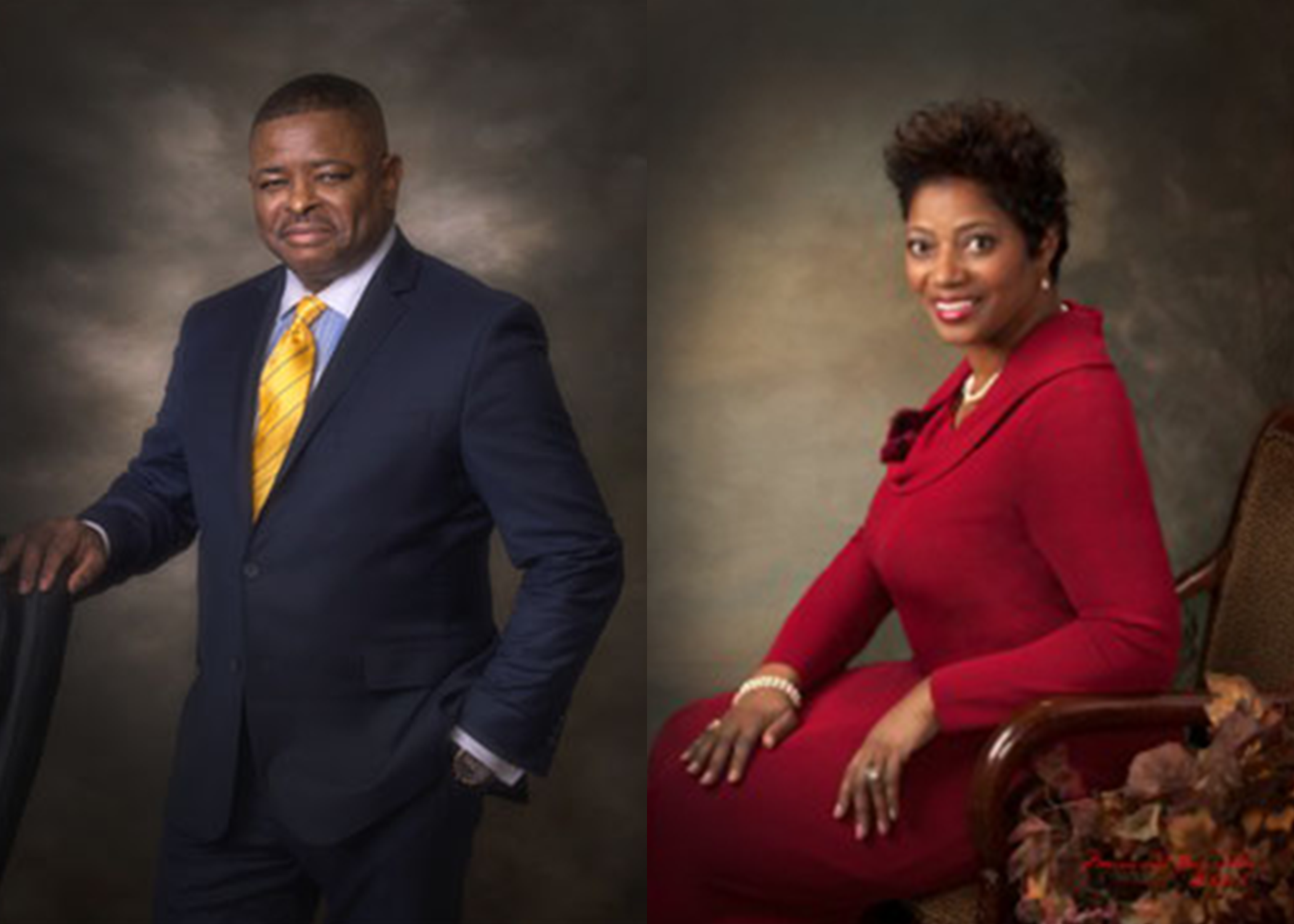 Jackson Municipal Airport Authority (JMAA) Board of Commissioners elected Robert E. Martin as Chairman and LaWanda D. Harris as Vice-Chairwoman for Fiscal Year 2021. The election was held during the regularly scheduled JMAA Board Meeting on Monday, September 28, 2020.

A resident of Jackson, MS and graduate of Alcorn State University, Chairman Robert E. Martin is the owner and Chief Executive Officer of the RedTail Aviation Group, a privately held consultancy that provides aviation business development and strategies for success in the aviation world.

“It’s my honor to serve as Chairman and I plan to focus on how JMAA supports and benefits Jackson and central Mississippi, on both the business side, as well as the overall community.” said Chairman Martin. “From the start of my career at HKS over twenty (20) years ago, to my current aviation consultancy, this background ties into the day-to-day operations of what we are trying to accomplish. I would also like to sincerely thank our outgoing Chairwoman Harris for her leadership in setting the strong foundation for success at JMAA.”

Having completed three (3) terms as Board Chairwoman of the Board of Commissioners, Vice-Chairwoman Harris has been instrumental in streamlining and standardizing processes and procedures to further enhance organizational operations, internally and externally. “JMAA has faced the biggest economic shock in 100 years – COVID-19, however, we have put our hearts and souls into enhancing every aspect of the organization and airports,” stated Vice-Chairwoman Harris.

“Chairman Martin has been an instrumental voice on the Board and we are in great hands moving forward as we work to ensure success during the COVID-19 period.” said Vice-Chairwoman Harris. “I am grateful and humbled for the chance to have led this amazing Board for the past several years; we are successful because of the spectacular dedication and expertise of our CEO, Paul A. Brown and his leadership.”

The Authority made significant improvements at both of JMAA’s airports. At HKS, work was finalized on runways, taxiways, perimeter fencing, as well as gate and fence security upgrades. New tenants were added, especially those contributing directly to the growing medical transport business in Jackson. To support future aviation leaders, the inaugural JMAA Education and Training Academy (JET-A) was launched, in partnership with Jackson Public Schools and Jackson State University. At JAN, the West Runway project was completed to allow for maximum operational efficiency and safety. Facility and infrastructure enhancements ensuring good customer service, safety and security at JAN and HKS are ongoing.