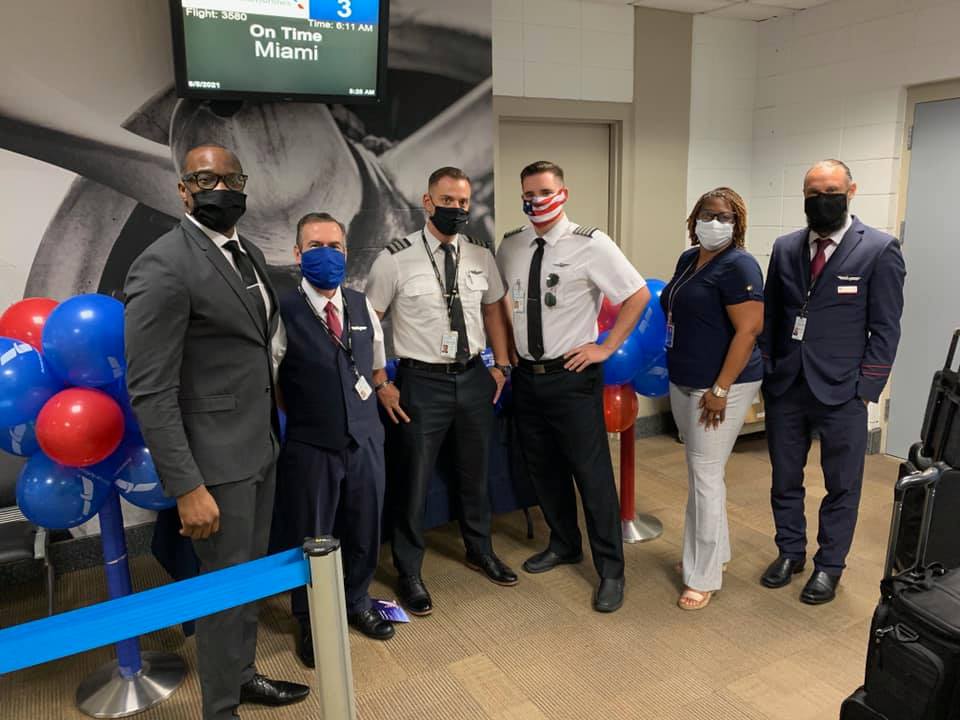 With over 40 years dedicated to great service to the Jackson community, American Airlines greeted its inaugural passengers aboard its nearly full nonstop flight to MIA with aviator glasses, gift bags, balloons, and an inaugural certificate.

The seasonal service will operate on Saturdays during the peak summer period to MIA, providing Jackson travelers with easy access to key markets, including Mexico, the Caribbean, and Latin America, along with several popular Florida cities.

The addition in service will aid in the steady uptick in passenger flow at JAN. In May, JMAA announced a forecast of 20.3% growth above the record 2019 passenger performance and expectations are for the percentage to rise even more this year.

This summer, JAN will host up to 30 daily commercial airline flights, including service from American Airlines, a phenomenal achievement coming out of the pandemic. JAN is ready to safely reconnect you to the world this summer.

Book your flight now at www.AA.com.